While American Pixels itself is still in it’s final stages of development for a 2012 release, Mazedude has a great pre-order EP at the ready to satiate your desires for some of the best remixing of American made video game compositions of the last three decades. The entirely chip-tune EP is called Star Spangled Chips and is yours FREE with the pre-order of American Pixels.

Where do I tie into all this? Well I’ve been friends with Mazedude since the fledgling days of OneUp Studios in the early 2000′s and our friendship has also grown into a working relationship. Mazedude is not only a great composer but also a very talented web designer and creative thinker. He and I have collaborated on web designs and album art several times now. American Pixels and Star Spangled Chips are no different!

For SSC, Mazedude wanted a Big Daddy from Bioshock in near complete silhouette holding an American flag. “Can you do that?” he asked a few weeks ago to which I replied “CAN I do that!?” 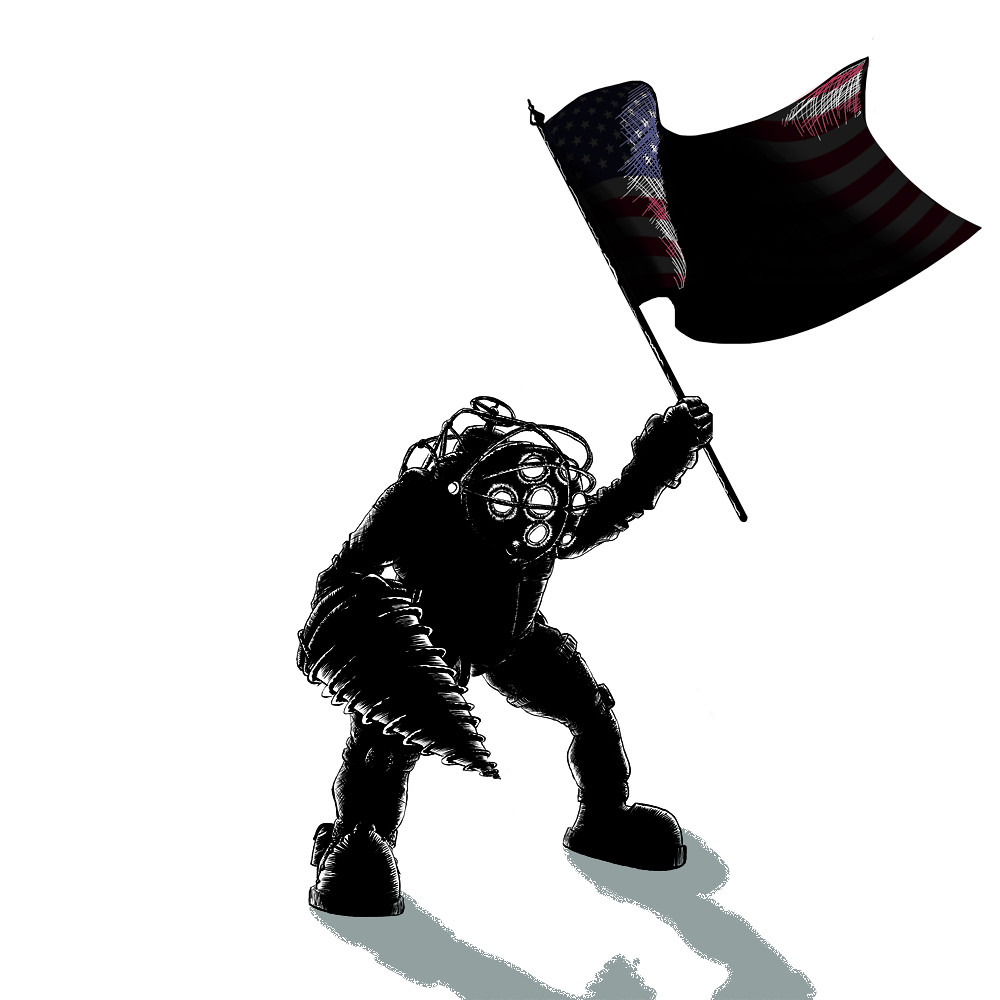 I banged out a rather swank ink drawing right away, and had a TON of fun doing so! I’ve recently acquired a new brush and this was my first chance to really test how fine a line I could get out of it in the cross-hatching on the edges of the lit areas. I think it was a great success and I’m hopeful that the cover for American Pixels will be this and MORE! I’m super excited to get that one going. 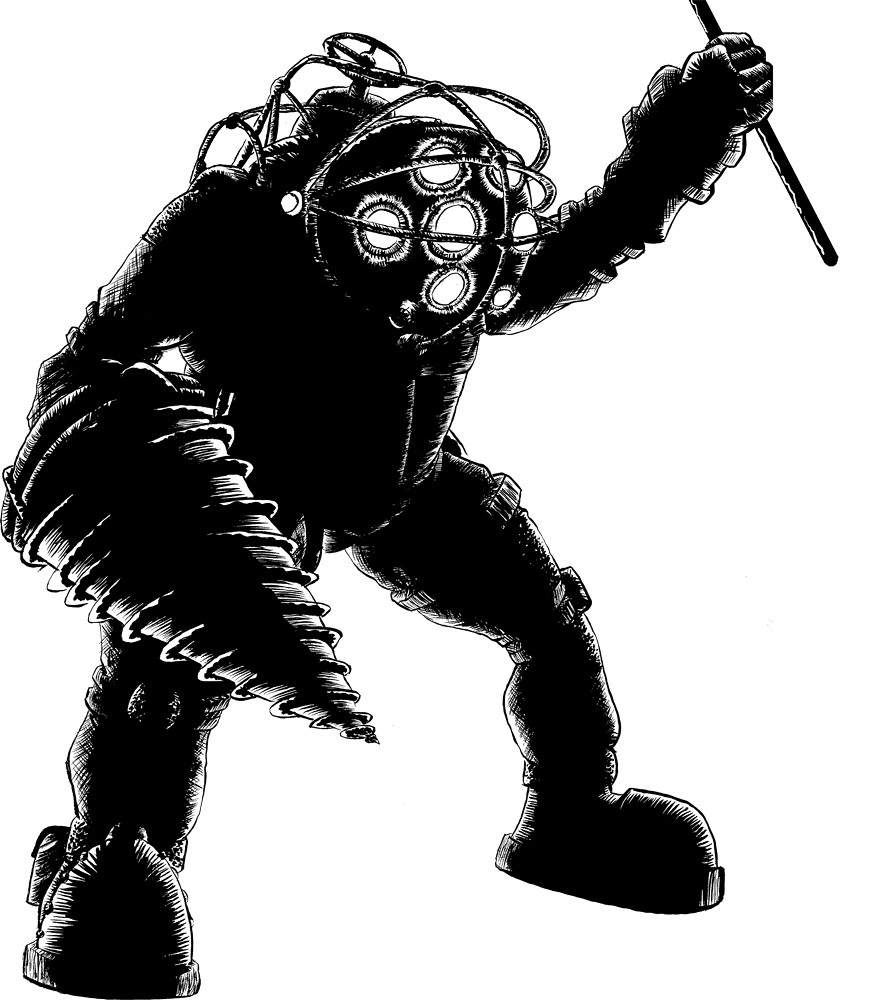 In the mean time, PLEASE click any of the banners, pictures or etc. to head on over to Mazedude’s American Pixels website and get your pre order down! Also, if you’re another creative type or musician, consider joining the Affiliate program, just click the link on his site for more details!